On Saturday November 28th, Artscape Gibraltar Point opened its doors to the public for an exciting day long event celebrating the talents of our short and long term residents and marking the conclusion of Myung-Sun Kim’s time as our official Winter Islands Artist-In-Residence.

The event kicked off with a studio open house that allowed unprecedented public access to the private working spaces of PAT JEFFRIES, ALASTAIR DICKSON, MITCH FENTON, FAKE ART SCHOOL, KATHERINE DOLGY LUDWIG, MELISSA FISHER, PENNY GOLDSMITH, RYAN DODGSON, MIKA POSEN, BRETT NELSON and MANUEL CAPPEL. Attendees were able to ask questions, listen to short talks, or watch/listen to the residents as they created new work and demonstrated the wide and varied kinds of creative practices and creative practitioners who have found in Artscape Gibraltar Point a space for inspiration, reflection and for their artistic vision to thrive.

Following the open studios, over seventy people, comprised of friends, people from the island community and even a few AGP first-timers gathered in the Fireplace Room for an experiential dinner that highlighted the collaborative possibilities created by the Winter Island Residency program.

Prior to the dinner Kim had buried a large pork shoulder wrapped in banana leaves and buried it in a mound of hot coals, and it was this belly, it’s un-burying, that would begin the feast as well as the world premiere of Kim’s newest performance work: Haunting In The Flesh, created during her residency.

The performance explores the idea of the revenant or dead/undead returning to tell stories of unresolved, undocumented history, particularly in the context of Korean history, negotiating issues of colonialism and the Korean War. Haunting In The Flesh also saw Kim collaborate with fellow AGP resident Mika Posen on a musical soundtrack to the performance.

The performance and instructional feast explore mythical consumption, where alchemy, healing, and transformation can be gained through food. Following the performance, the procession of the feast will instruct the participants through historical narratives, consumable artefacts from culinary adaptation of Korean cuisine. Some of the dishes are pork ssam, milk thistle, balloon flower roots with cucumber, kimchi pancakes and rice wine!

Events and works such as Myung Sun Kim’s exemplify the creativity, generosity of spirit, intellectual curiosity and artistic power that drives all of our Winter Islands Artists In Residence.

As the artist says herself: Artscape Gibraltar Point presented my very first performance and performative feast with incredible support. During my intensive two weeks on the island, I have met many interesting writers and artists, who took a part in my strange experimental project with total enthusiasm. Things happened here that I can’t imagine happening anywhere else. Having been here twice, I loved being here in the winter months

To participate, click here to transport yourself to the Winter Islands today!

All Photos by: Mike Tjioe Photography 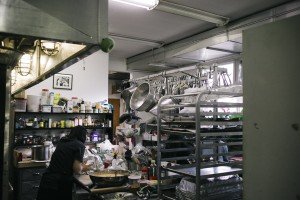 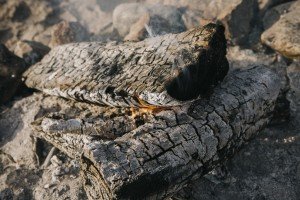 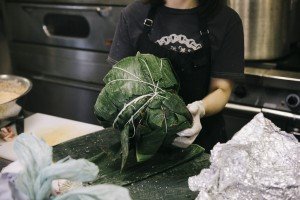 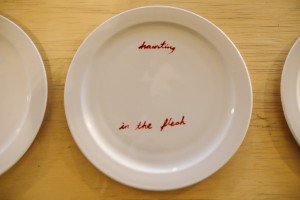 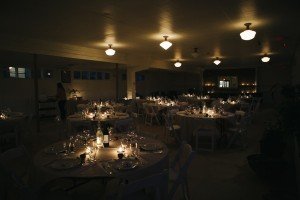