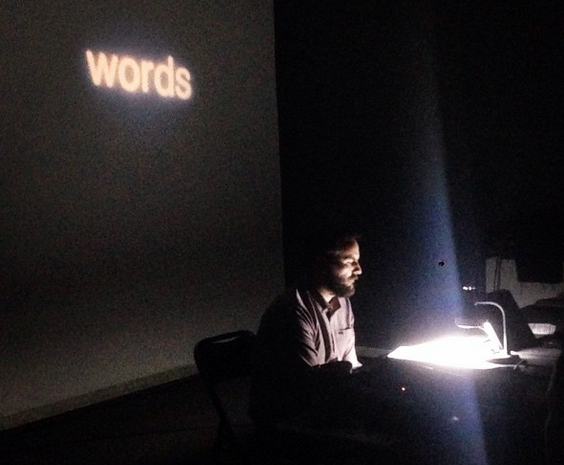 In January, we teamed up with Fogo Island Arts and Art Metropole to produce a two-part residency focusing on arts writing and criticism in contemporary art. The call drew nearly 100 applicants from around the globe. One applicant stood out from the rest.

“His experimental approach through speculative fiction seeks to expand traditional modes of curatorial interpretation and arts writing, one of the principal goals of The Islands residency,” said jury member Silke Otto-Knapp.  “We are excited to welcome Joseph del Pesco as the first participant in The Islands.”

The jury was unanimous in selecting del Pesco for the residency, citing the strength of his writing and overall response to the context and theme of the program. Based in Baltimore, del Pesco is a curator, writer and publisher, and International Director of KADIST.

The Islands is a residency partnership conceived and organized by Art Metropole and Fogo Island Arts, with support from Artscape. A call for applications for the second iteration of The Islands will be launched in July for a residency in November-December 2017.

Fogo Island Arts is a residency-based contemporary art venue that supports research and production of new work for artists, filmmakers, writers, musicians, curators, designers and thinkers from around the world. Since 2008, FIA has brought some of the most exciting, emerging and renowned artists of today to Fogo Island, Newfoundland, Canada to take part in residencies and to present solo exhibitions at the Fogo Island Gallery. Combining contemporary art, iconic architecture and social innovation in a singular setting, FIA is a world-class institution that is uniquely rooted in community. Fogo Island Arts is an initiative of the Shorefast Foundation, a registered charity dedicated to improving the social, cultural and economic conditions on Fogo Island and other small places around the world.

Art Metropoleis a not-for-profit organization with a focus on the production, distribution and contextualization of artist-initiated publication in any media, especially those formats and practices predisposed to sharing and circulation.
Art Metropole was founded in Toronto in 1974 by the artists’ group General Idea. Art Metropole is incorporated under the laws of the province of Ontario and a registered charitable organization.