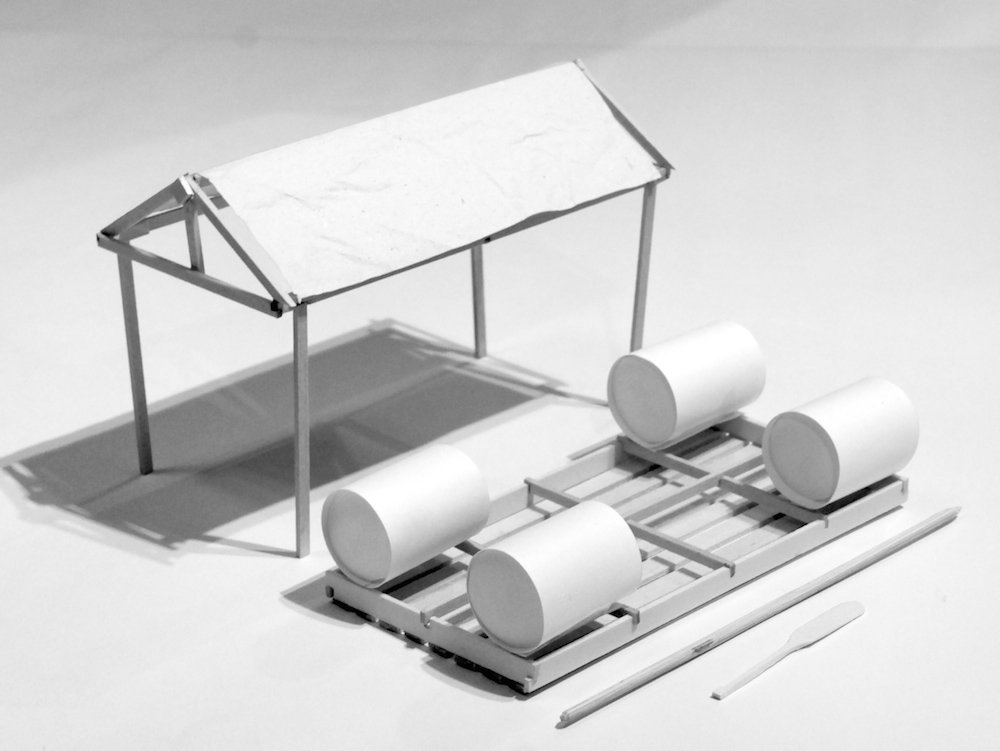 This February we have the privilege of welcoming not one,  but TWO, Winter Island Artists-In-Residence!

Island resident and UK transplant, Simon Pope, will join the Winter Island team at Artscape Gibraltar Point to kick off his Discussion Island series of events, artist talks and happenings, a full schedule of which you can find below.

Discussion Island is a series of performative gestures, constructions and video documentation created in partnership and with the participation of island residents focusing on the human and environmental impact of the Toronto Island floods of 2017.

Simon Pope’s work first gained international recognition in the mid-1990s as part of the seminal net.art group I/O/D and whose work was most recently presented by the New Museum in New York and was the recipient of a 2000 Webby Award. In the intervening years he has curated Art for Networks, an online project for the BBC and touring exhibition funded by Arts Council England and the Henry Moore Foundation that brought together contemporary artists with their net.art counterparts. He is a Fellow of the National Endowment for Science and the Arts in the UK and represented Wales at their inaugural exhibition at the Venice Biennale in 2003.

His recent work reflects his preoccupation with human, social relationships in a more-than-human world. It grapples with participatory art’s engagement with new materialist thinking, and takes the form of conversational events, film-making, and written correspondence. Pope is currently a post-doctoral artist-researcher in Environmental Posthumanities at Goldsmiths University of London.

Simon Pope will show examples of his work, ranging from pioneering net.art project The Web Stalker (1997)and ‘walking art’ projects such as The Memorial Walks (2007), to his latest project Discussion Island (2017-18) undertaken on the Toronto Islands in collaboration with the Critical Ecologies research group at Goldsmiths, University of London.

Limited Transportation from Ward’s Island Dock to AGP off the 6:00PM Ferry

Take part in relaying a passage from anthropologist Marcel Mauss’ well-known book The Gift to the waves at Gibraltar Point beach.

This event will be recorded and documentation made available to a wider public.

2:00PM-3:00PM. Beginning in the Fireplace Room at Artscape Gibraltar Point

Limited Transportation from Ward’s Island Dock to AGP off the 12:30 Ferry

A walking tour of Ward’s and Algonquin Islands with environmental researcher and island resident Sarah Miller, in conversation with artist Simon Pope, focusing on the social and ecological aspects of last year’s high-water events.

Meet at Ward’s Island Circle, off the 1:30 Ferry

An exhibition of scale-models of Simon Pope’s Discussion Island platform made by Toronto Island residents, as well as photos, diagrams and other artefacts, loaned by islanders, relating to island house- and tent-base construction. 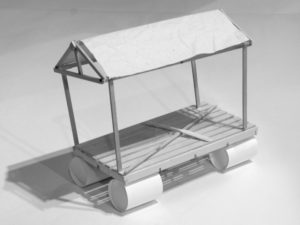 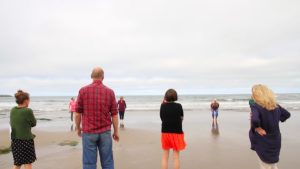